I was lucky enough to be invited to Shanghai to interview Chris Pratt and Bryce Dallas Howard for the release of Jurassic World: Fallen Kingdom. Thanks Universal Pictures! Honestly two of the sweetest celebs you’ll ever meet and this was the second time I got to breathe the same air as these two gems! The last time was in November 2017 for the release of the trailer.

Sometimes I do interviews (more often times than not) I leave the room and think I could’ve done better, but I was absolutely buzzing after this one. Less about my interviewing skills but more about how charismatic they both were. The whole room was in stitches! These two superstars quite simply made my day. They recreated a scene using their own figurines, and Chris ate durian chips with me in an E! Asia edition of #whatsmysnack – see video below! 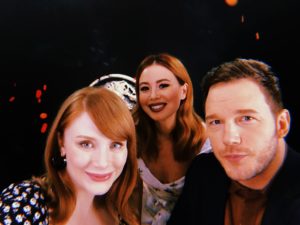 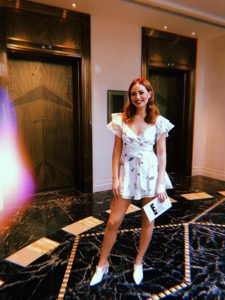