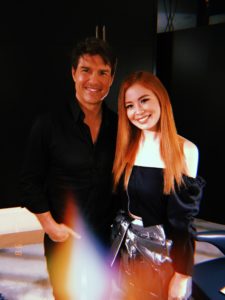 How do I even describe the emotion I felt when my boss at E! told me I would be interviewing Tom Cruise? It’s hard to explain. I feel that the likes of TC, along with the Clooneys, the Pitts, the Jolies, the DiCaprios are kind of the last generation of old skool Hollywood celebrities. And when I say old skool, I don’t mean literally old. It’s just that these days celebrities are so much more accessible – largely thanks to social media. They can interact with their fans – well, you can’t guarantee they will notice your messages of adoration that you slide up into their DMs or whatever else you slide up in there – but before socials, it was a different story. There was so much more mystery, even despite the fact they would (and still do clearly) attend junket interviews and red carpets. You were still always wanting more. Perhaps that thirst (in a non-creepy way) gave rise to tabloid journalism.

Anyway, I digress but kind of not. I’m trying to make a point that it was a pretty big, crazy deal to be able to sit down with Tom Cruise. The man IS the movies. Oh and he watches a movie a day. I kinda fell in love with him in Risky Business – ummm still an absolute classic by the way.

I was in Taiwan to interview him for American Made. I can’t remember a single thing he said about the movie – all I remember is him being absolutely charming and such an incredible person to speak to. After the generous 15 minute interview (usually it’s 2-5 mins max), Tom – see we are on a first name basis now! – stuck around and spoke to my producer Paul and I for another good 15 minutes. He told us how he likes to fly old planes. And when I say old this time I mean it – like World War II planes! And he also told us that he got his pilot’s license after Top Gun when filmmaker Oliver Stone said if he didn’t do it then, he never would.

He had me at hello. 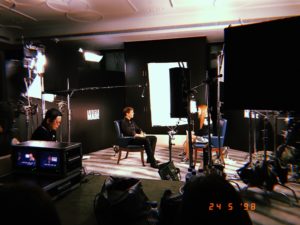